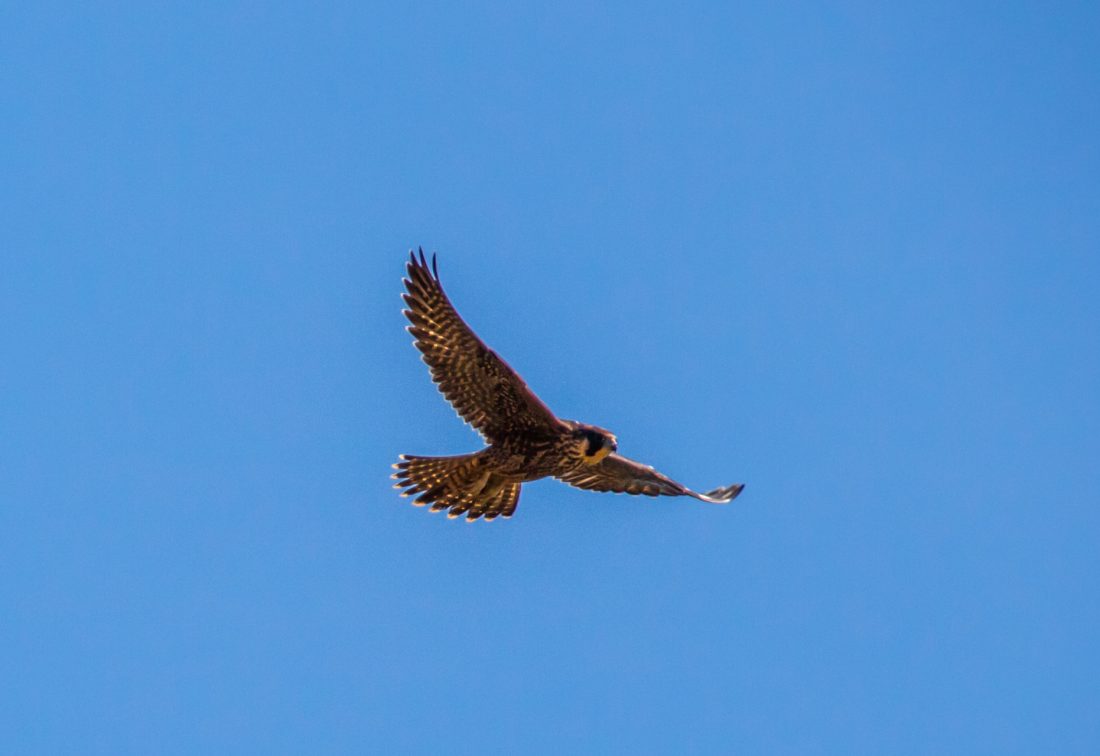 They’re called ‘the wanderers’, from the Latin peregrinus meaning ‘coming from foreign parts’.

So named for their lengthy migratory tendencies, the fascinating Falco peregrinus or peregrine falcon has once more resumed its wandering along the shores of the Bay of Fundy…thanks to a little help from some friends.

Making a slow, but remarkable comeback from the threat of extinction, the peregrine was upgraded by the Committee on the Status of Endangered Wildlife in Canada (COSEWIC) from an ‘endangered species’, so designated in 1978, to a ‘threatened species’ in 1999.  By the next review, the Canadian Wildlife Service is hopeful the status will once again upgraded, this time to ‘special concern’.