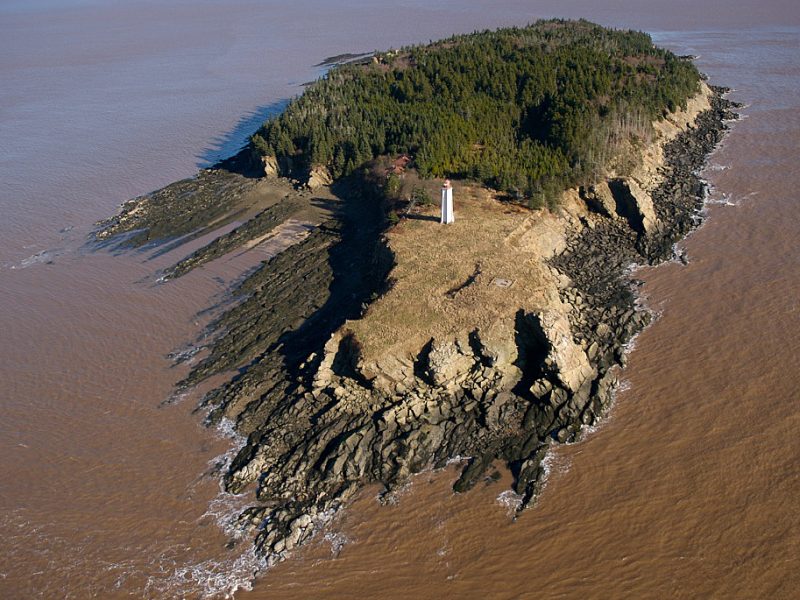 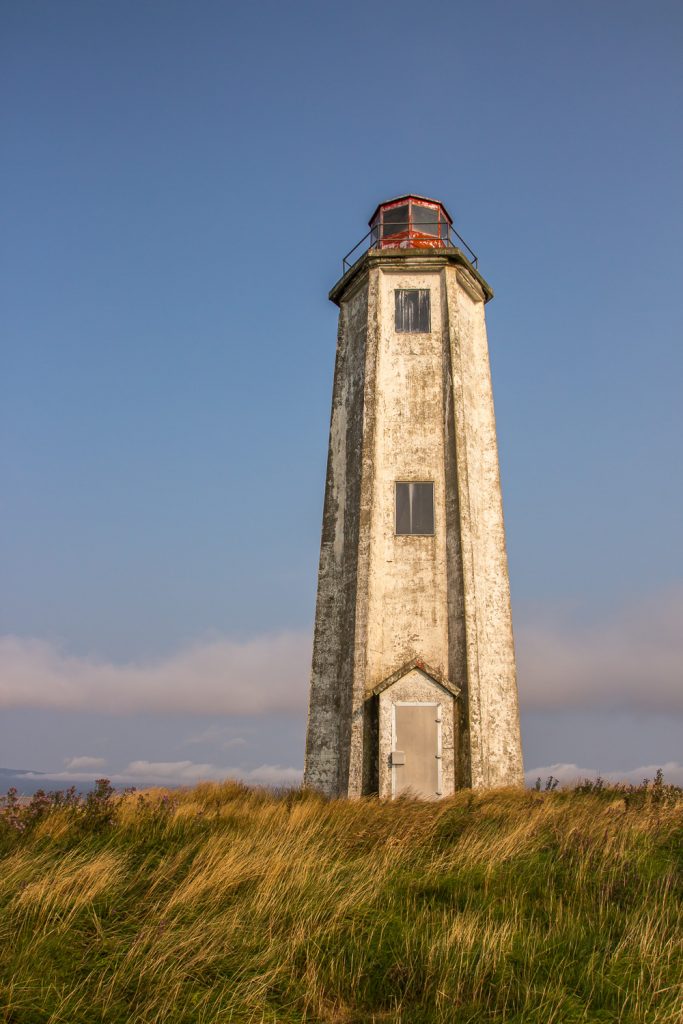 Although less than a kilometre long and 300m at its widest, this tiny stub of land played a critical role in the area’s history, bearing witness to conflicts, shipwrecks, and the rise and fall of the region’s prosperity.

Now, the quarry is deserted; the lighthouse stands silent, dark and derelict; the lightkeepers’ homes abandoned and vandalized; the timber wharf carried away by ice and tide. As time, weather and tides erase the signs of human impact and habitation, nature takes the helm. Ferns and saplings have filled in the pathways that once crisscrossed the island.

However, for almost 300 years, this island was an important landmark for the waterway navigation, fisheries, commerce and recreation. And, for the stalwart lighthouse keepers and their families who kept the Grindstone light gleaming, it was home.

Betty Weston and Freda Kennie sit in Betty’s kitchen with its view of Grindstone Island, thumbing through photographs and batting memories back and forth. The sisters are daughters of Wilbur Wainwright ‘Pappy’ Weston, the island’s final lightkeeper.

They remember their father as an accomplished musician and inventor, with a keen sense of humour and a penchant for problem-solving. 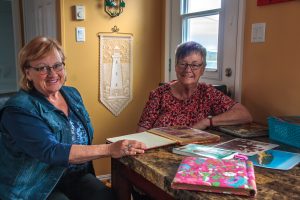 And they remember a magical childhood on an island paradise with interesting visitors, nights of playing music as a family, and hurricanes that swept waves up and over the cliffs.

Pappy Weston assumed responsibility for the Grindstone light on November 1, 1950. He was the eighth keeper since 1859. To commemorate his predecessors, he carved each name into sandstone along the water’s edge.

The family, which also included mother Ruby and brothers Vic, Kenny and Fred, lived on the island from April until November. Pappy remained until ice filled the bay…usually the end of December. Then he’d close up the light and house, and weave his small motorboat through the ice floes towards their home on the mainland. With binoculars, Ruby could watch his progress from the front door.

Each spring, they returned with a milking cow and calf, their springer spaniel, Rusty, two pigs (Grunt and Groan) and provisions for the coming eight months. The only other mammal on the island was an aged racoon named Bobby, and the occasional deer or moose that swam over for a visit. The island’s waters provided feasts of duck, lobster, tommy cod and herring.

The structures were in a clearing on the south end of the island, affording a spectacular view down the bay, and plenty of sun for Ruby’s vegetable garden. Her first lesson on island weather came after she pinned her laundry on the clothesline one afternoon. The next morning, nothing remained.

“She learned not to throw the dishwater into the wind, too,” adds Freda, grinning.

Pappy had his own brush with wind during Hurricane Edna when the outhouse he’d just exited flipped over the cliff.

Island life inspires improvisation, as when the calf fell off the cliff and had to be hoisted up on a bobsled, or when Pappy hooked Ruby’s hand-cranked washing machine to the foghorn engine. 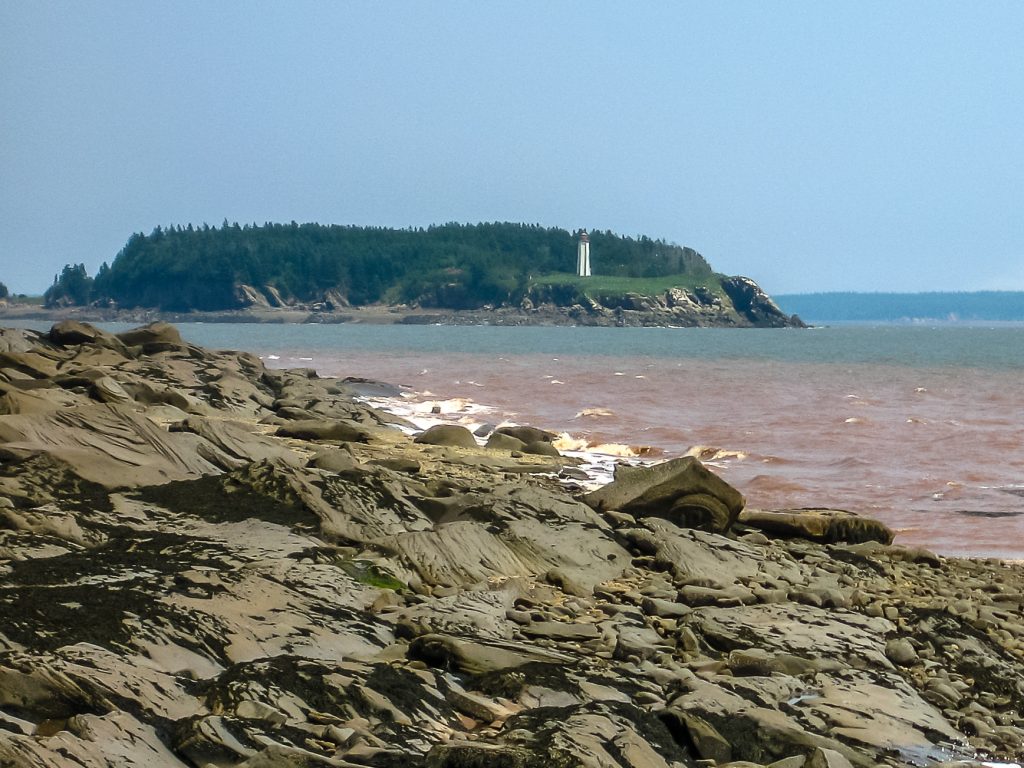 The children ferried supplies ¾ km from the wharf in a two-wheeled cart and hauled water ¼ km from the spring to the cistern using a yoke and buckets, both which Pappy fashioned. Betty says 400 strokes on the hand-pump afforded her enough water for a shower. If she was quick.

Freda helped her mother with household chores and home-schooled her younger siblings. School was in when the tide was out.

“Because we all wanted to go swimming,” says Betty. “I remember Freda floating on her back in the water reading a book.”

“It would make your bones ache, it was so cold,” says Freda, “but we stayed in the water the whole time the tide was high.”

“Then we would finish the day’s work,” says Betty. “The excitement of the tide coming in never lost its flavor.