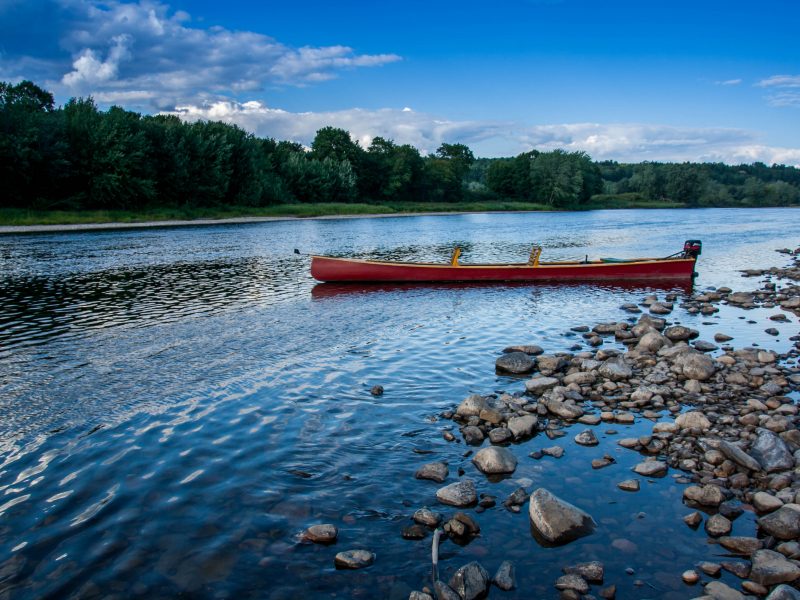 The story of the Atlantic salmon is interwoven through our various cultures, our history, identity, economy, the state of our environment, and of our hearts.

Atlantic salmon travel vast and dangerous ocean distances to overwinter in the waters surrounding Greenland, but return to their river of birth to spawn. In doing so, they face a perfect storm of threats in both freshwater and marine environments. 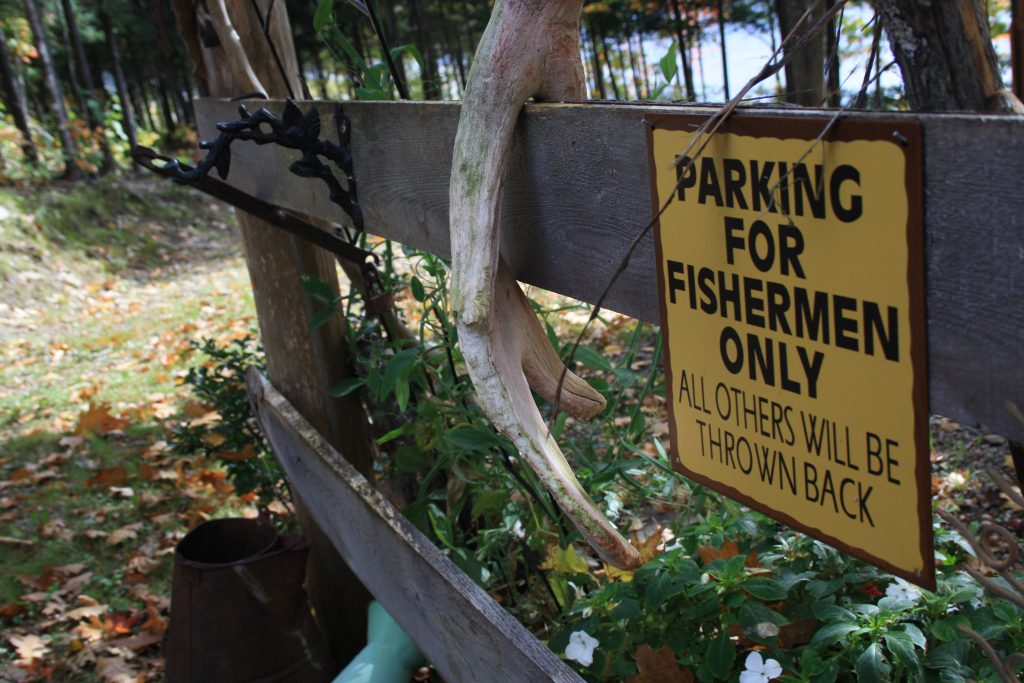 Historically, most Atlantic Canadian rivers supported large numbers of spawning salmon. In the 1600’s, explorer Nicholas Denys complained that the incessant splashing of salmon ascending the river kept his men awake at night. But even before the arrival of European settlers, indigenous tradition says one could walk the river on the silver backs of salmon, and their springtime arrival – aligned with the appearance of birds, insects and fiddlehead ferns – was ingrained in First Nations culture, ceremony and survival.

As European settlement increased, rivers became centres of economic development and exploited for the burgeoning forestry industry. They were dynamited and dammed to create collection ponds. The strength of the spring freshets flushed masses of logs downstream, tearing away bank vegetation and carrying gravel from the river bottom – critical for fish spawning – out to the estuaries, while dust from sawmills clogged the streams. 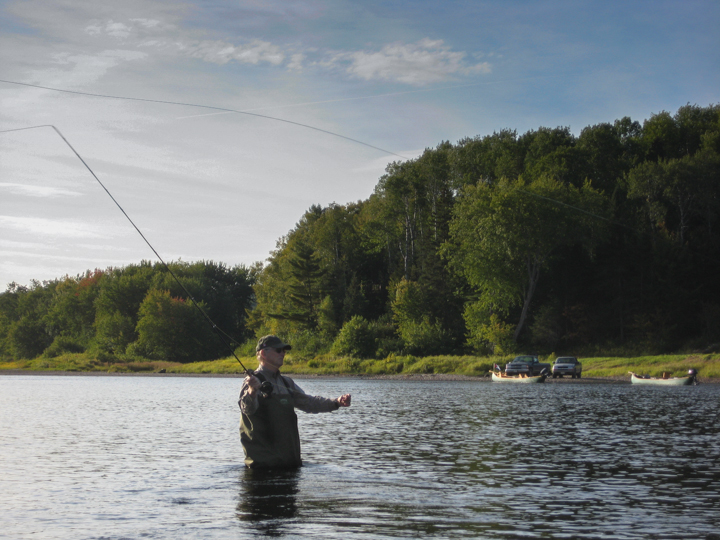 Then, recreational angling increased in popularity and private fishing camps sprouted in the 1920, growing to become a $129 million industry and important employment in rural areas depending on seasonal work. The hydro-electric dams of the 1950s shut down a number of rivers, sacrificing the salmon runs for power.

By the mid-seventies, wild stocks were in trouble and alarmed anglers began to work together to find a solution. Organizations and alliances formed and pressured government for action. Today, each province has a network of volunteer and non-profit organizations dedicated to salmon conservation and financially dependent upon the good graces of the public pocketbook, corporate sponsors and government. 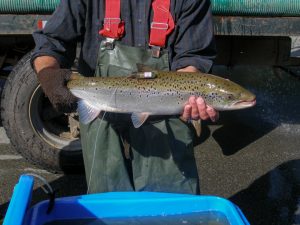 Through electronic tagging, genetic identification, scale sampling and population counts, international researchers gain valuable data on habits and marine survival, but the extent to which each threat impacts the salmon remains unknown. For now, their best chance of survival rests with restocking and ensuring freshwater habitats remain healthy.

Provincial groups do what they can with limited funding, but many say without upper level intervention to address the root causes, they’re simply treading water.