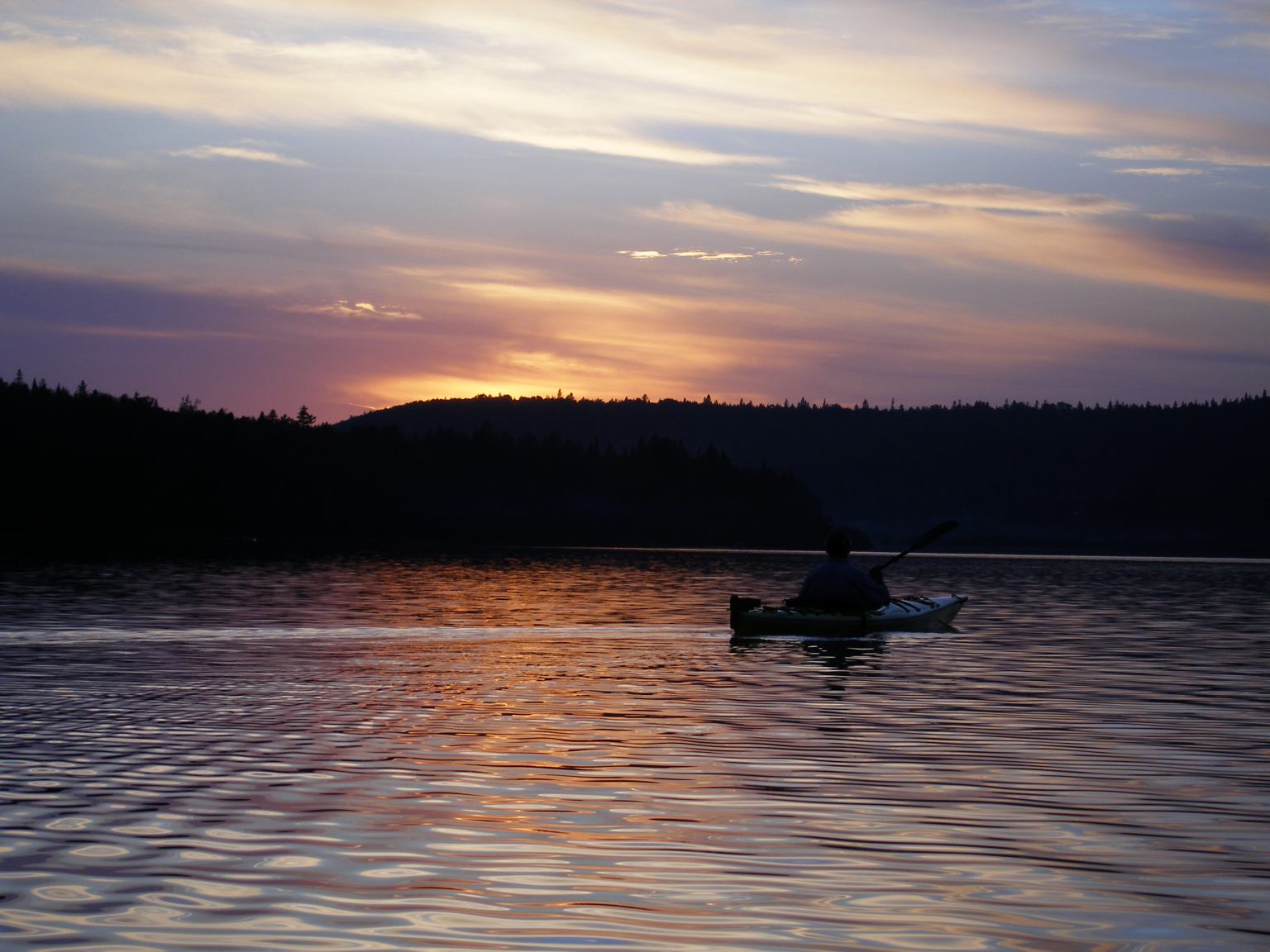 Of Moose and Magnificence

“If it’s moose you’re wanting to see, you’d best head up to Bathurst Lake in the early evening.”

I’d been told if I wanted to know where and when to spot wildlife at Mount Carleton, then “Dale’s your man”. I found Dale holding court at the neatest campsite I’d ever seen; clearly one of those local characters you’re blessed to meet in interesting places, a seasonal resident in Mount Carleton Provincial Park’s Armstrong Brook Campground. He told me he’s explored every inch of the park…several times over. 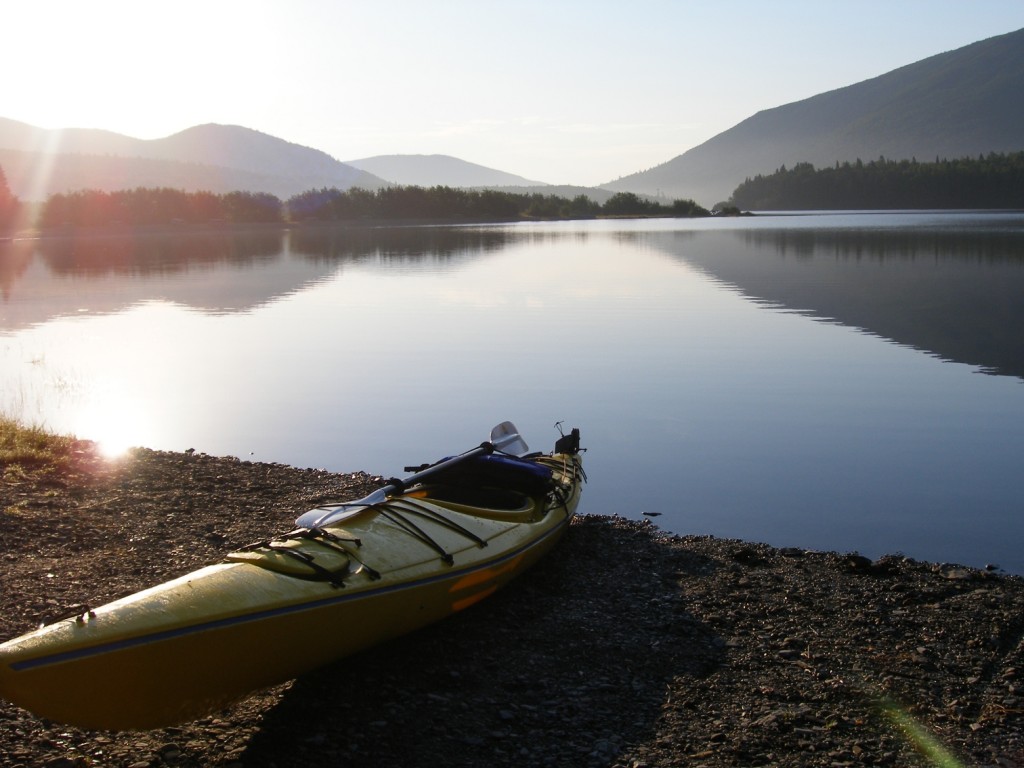 I follow his sage advice and that evening, as the eastern slope of New Brunswick’s highest peak (and the park’s namesake) deepens into shadow, I launch my kayak into the glistening silk of Bathurst Lake.  Sure enough, just beyond a narrow bottleneck where the lake flows under a small footbridge into Teneriffe Lake, a magnificent moose stands in the shallows, head submerged, rack dripping.  As I quietly drift at a respectful distance, he calmly lifts his head and chews, great strings of greenery streaming from his mouth.

Perhaps it was such an experience that led Edward Jack, a provincial surveyor, to dream of preserving this piece of the Appalachian Mountain Range to commemorate the 100th anniversary of the Loyalist landing in New Brunswick.

His 1881 vision finally became reality in 1970 when crown land was set aside to create Mount Carleton Provincial Park, forever protecting the majesty of these mountains and chains of pristine lakes for its wildlife and for the enjoyment of those who appreciate wilderness, folks such as Dale, who finds a deep sense of peace and tranquility among the creatures and seasons of the park.

For myself, blissful days of rest and lazy thoughts leave me grateful for those who dream.

Slow, watchful wanderings through dappled forests, the magnificence of the sun’s rising and falling, and the silence of night broken by a loon’s haunting echo across the water or coyotes calling the moon  – all invoke the wildness of my own spirit. 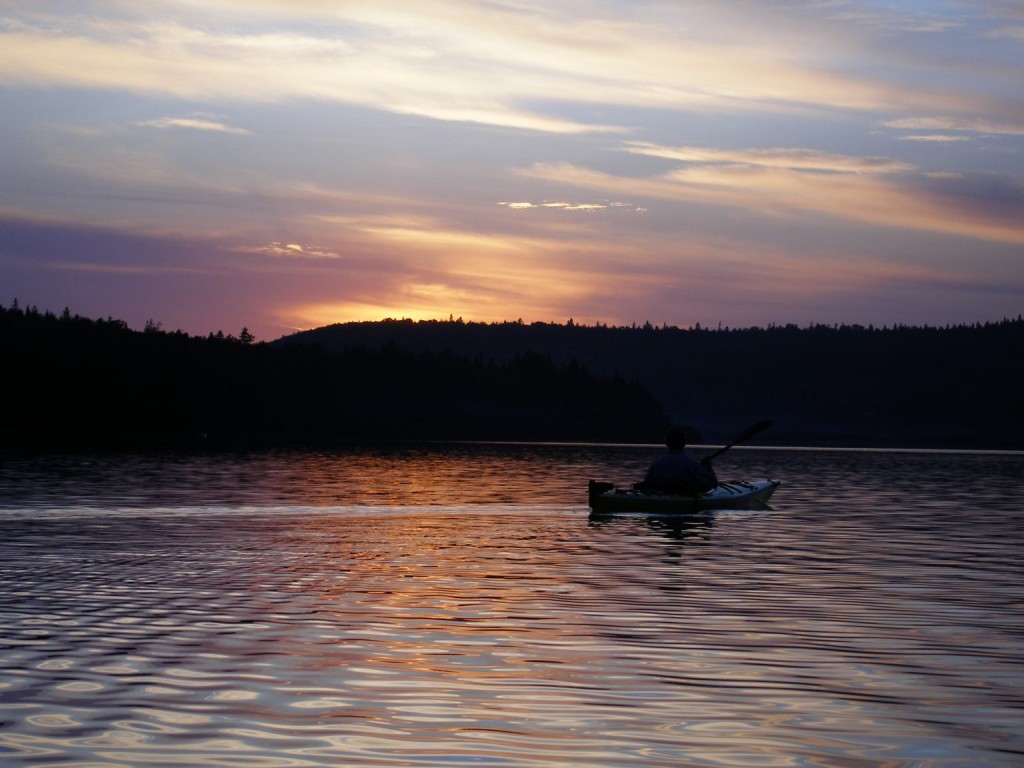 Evening paddles on silent lakes of sky and cloud, morning mist drifting through valleys, afternoon swims in crystal cool water, mountain hikes through endless forests and meanderings along mossy brooks and waterfalls…such are the gifts of Mount Carleton.

During my stay, I rise early and retire late, paying silent homage to silver fish leaping from polished ebony, a pair of kingfishers swooping silently, a trio of moose feeding at water’s edge, and sunrises that transform the dark haunting presence of Sagamook Mountain to the warmth of a blush. It’s not surprising our Aboriginal peoples considered this sacred ground.

And, on this night, as I leave the moose to his evening meal and my kayak sends ripples through the sunset, I can’t help but feel deep, abiding gratitude that someone, long before my birth, dreamed of saving this wild place.

Note:  In 2009, I traveled through the province, researching and writing a number of online travel articles for New Brunswick Tourism’s ‘Getaway Ideas’ promotion. This is a sample.
© Deborah Carr 2009